The unofficial theme of PAX ’08 was “standing in line is awesome.” Behold some of the incredible line action on Sunday, the least crowded day of the expo.

The line for Rock Band 2, which is way different from Rock Band, and totally worth standing in line for 30 minutes to play. 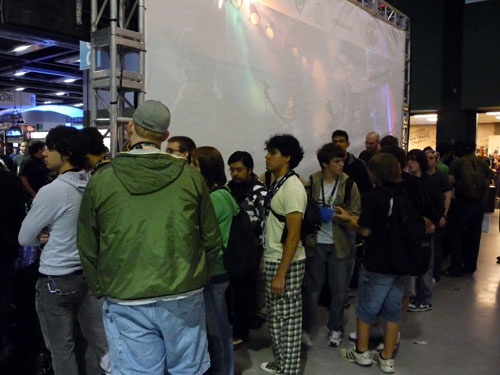 One of about a dozen mini-lines for the Starcraft II terminals. 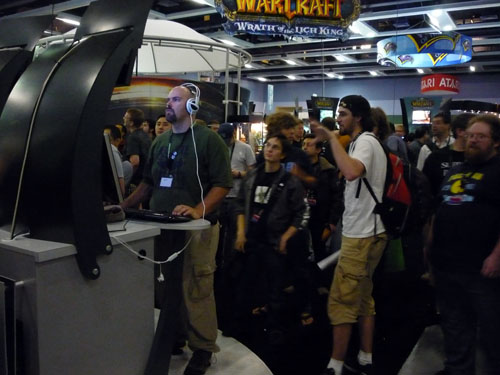 At least these people waiting to play Singstar at the Sony booth had a chance of winning free prizes. 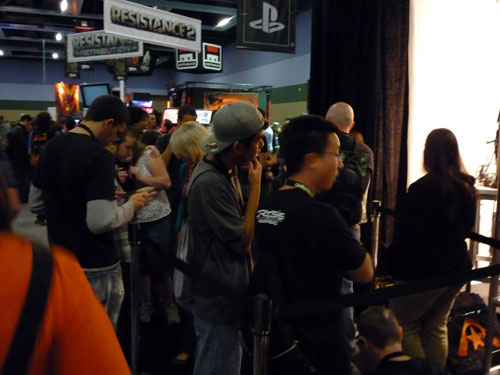 I can see why people would stand in line to play Left 4 Dead. I mean, it’s not like there are any other video games around where you can shoot zombies. 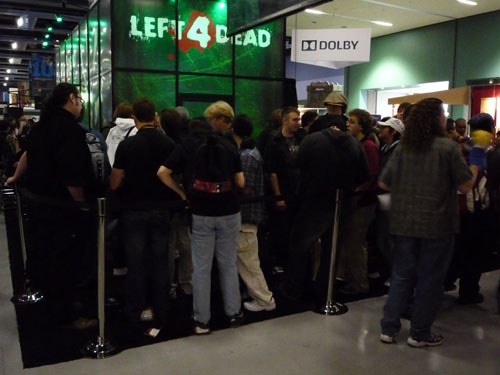 The best I can figure is that the people in the back of this picture are waiting in line at the Bungie booth to play Halo 3. 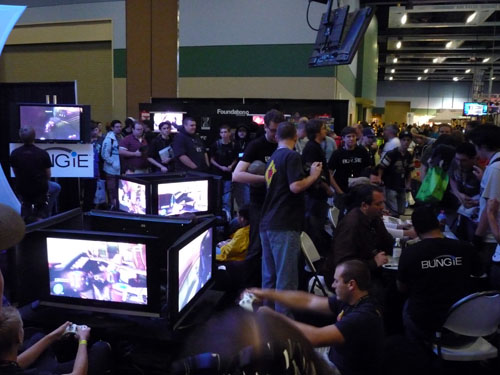 Who wouldn’t want to wait in line for half an hour or more to cram into a phone booth sized box where you can play a first-person-shooter—in space! 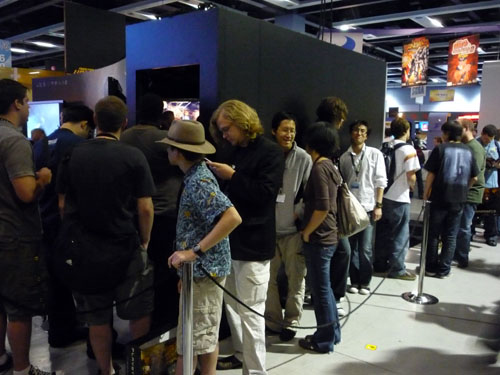 Although most families find that the onset of a recession is a hardship to be overcome, there is a silver lining to every cloud. One such example is the makers of various anti-depressant medications, for whom the prospect of impending national economic difficulty is like winning the lottery.

As consumers across the nation tighten their belts and cut back on all but the basic necessities, often the first things to go are the budgets for entertainment and eating out. While a lack of amusing distractions coupled with a job loss or pay cut may leave families feeling down and out, it has drug makers smiling ear to ear.

“In these trying times,” said Pfizer CEO Jeff Kindler, “we are overjoyed to be in a position that allows us to reap massive profits by giving people the ability to chemically alter their mood.”

“I’m really excited that I will finally get a chance to share Dave Barry: The Musical with my fans,” said Barry in a live video feed from his Beijing hotel. “I think they will both really get a kick out of it.”

Although many critics feared that Barry would follow up his film adaptation of his book “Dave Barry’s Complete Guide to Guys” with a stage version of the same, Barry reports that Dave Barry: The Musical consists of entirely new material.

Barry has been working on the stage production since 2003, when a talking platypus outlined the original plot for him in a lucid dream.

Let’s talk for a moment about road trips. Sure, gas prices are making all our ears bleed, but why should we let that stop us from making summer road trips?

What is there not to love about a road trip? Spending hours at a time crammed into a high-speed tin can is our kind of fun. Spewing out noxious fumes as we cruse the hills and plains, all the while emptying our wallets as we rack up credit card debt to fill the tank every 300 miles.