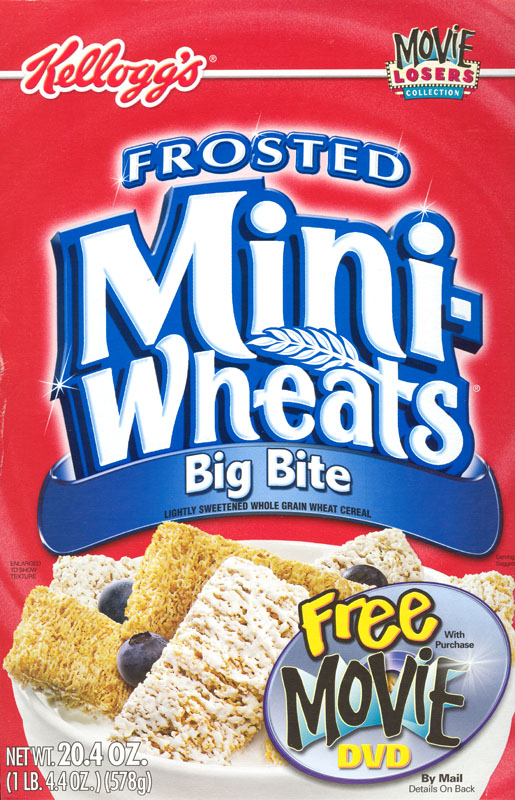 TUKWILA, WA—Twenty-eight-year-old Tukwila resident Steve Swenson had his mind blown on Saturday by the Kellogg’s Frosted Mini-Wheats: Big Bite cereal that he enjoyed for breakfast.

The cereal reportedly consisted of the usual mix of healthy whole grain wheat with a delicious light sugary coating on one side, but instead of coming in the standard diminutive size, the “Big Bite” Mini-Wheats were three to four times larger than normal.

According to eye-witness reports, after pouring the cereal and milk into his bowl, Swenson realized that he had to go back to the silverware drawer for a bigger spoon. Fortunately, he pulled off the spoon switch maneuver in record time, thus preventing his cereal from getting too soggy.

“These Big Bites have opened my mind up to whole new possibilities in the immeasurably vast world of breakfast cereal,” said Swenson. “I wonder if they make a ‘nano-bite’ version, too? That would be pretty awesome.”

10 Reasons Seattle is Awesome and Should Never Ever Change

The food was brought to distribution centers, where it will be sorted and eventually delivered to people that are so hungry they will even happily eat French onion soup dated September 1998.

Common items picked up by the local postal drivers included canned cranberry sauce, kidney and garbanzo beans, and evaporated milk, most commonly having expired between 2003 and 2007…

An exciting new television series set right here in Seattle is scheduled to begin this off-season, and The Naked Loon is here to bring you the scoop.

Everyone knows someone that has been affected by some type of disaster: earthquakes, hurricanes, tornados, Republicans… Here in the Northwest we’ve been fortunate not to have been struck by many extreme disasters, but every time we hear of catastrophes like a big earthquake in Asia or yet another monster attack on New York City, we can’t help but wonder: what if a big disaster struck here?

The answer to that question is simple: we are thoroughly screwed. However…

Is it pointless to review Season 1 of 24, a show that came out on DVD nearly six years ago? In a word, no. In two words, it’s possible. In three words, yeah, you bet.

From the moment you pop in the first episode of 24 and you hear Jack Bauer employ his incredibly dramatic voice to explain that events occur in real time, you know that 24 is going to be something really… special.