“If I weren’t so busy breathlessly spreading global warming alarmism, I would bottle this stuff and sell it myself,” said University of Colorado climatologist Steven Wiltshire. “This amazing water really deserves to be consumed by whatever tiny percentage of the population survives the upcoming environmental apocalypse.”

The Arctic’s natural cycle of melting during the summer months happens to conveniently coincide with an increased demand for bottled water during that same time. Bottling the water at the source and shipping it directly to retail outlets throughout the country would ensure that consumers are able to taste the freshest consequences that global warming has to offer.

“From the viewpoint of science, the North Pole is just another point on the globe, but Americans eat up symbolism,” said Townsend. “Who wouldn’t want to drink a fresh, cool bottle of North Pole Ice?”

As the Arctic ice continues to retreat, scientists expect that even perennial, or multiyear, ice will shrink in size. When ice that has lasted through multiple cycles of thawing and cooling eventually melts, the resulting bottled water will have a unique taste that is both antique and fresh.

“Everyone deserves to experience the crisp taste of the fast-melting Arctic,” said Wiltshire. “It really is the ultimate thirst-quencher.”

What are you having for lunch today? 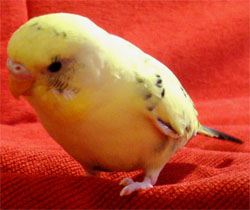 In an announcement on Amazon.com’s front page this week, CEO Jeff Bezos declared Kindle—their handheld electronic reading device—to be an overwhelming success, unmatched since the dawn of time by any achievement in the universe.

“Dear Customers,” begins the message from Bezos. “We continue to be astonished at your insatiable hunger for Kindle: our earth-shattering nirvana delivery system.”

“To date, we have sold more than three hundred Kindles for every man, woman, and child on planet Earth,” the note continued, “That’s over two trillion Kindles in just six months.”