When it comes to our area’s transportation problems, you hear a lot of talk these days about “compromise.” People say that transit advocates and road supporters should come together and find a middle ground that will benefit the entire community. You know what? Screw that. There, I said it.

I am tired of pretending that there are two sides to the so-called transportation “debate.” The simple fact of the matter is that anyone who says we should build even one more mile of roads is quite clearly harboring a deep-seated hatred for mankind and our great green Mother Earth.

Pavement is forever, and Seattle cannot afford to pave over another square inch of our precious natural surroundings. Those that suggest we should destroy our ecological habitat to make room for more cars (or death-mobiles as I refer to them) should be banished outright from our fair city.

If Seattle is serious about respecting the environment, we must completely eliminate every last one of the toxic-gas-spewing murder machines, and any who support them.

No, wait. Simply banishing the rolling ecosystem-slaughterhouses and those that endorse them is not enough. In order to really send a message, we should round up all of these machines and their life-eradicating fans and crush them into tiny cubes. We could then use these cubes to build houses for the homeless or maybe put them together in a modern art installation in Pioneer Square. The enemies of life must be reduced, reused, and recycled for the good of the planet.

The only transit options for people that cherish clean air and green grass are electric light rail, bicycle, and walking. Okay, maybe Segways are acceptable too, as long as you recycle the batteries once they wear out. But that’s all. If you can’t get there on the train or by bicycle, you don’t need to go. If you think you do need to go someplace that the train doesn’t bring you, then you just need to live closer.

Some say that the only way out of Seattle’s transportation mess is to build more roads. They say that our area’s heavy traffic can only be solved by increasing our capacity for cars. Obviously these people have not considered the fact that with no cars, there can be no traffic. Either that, or they are deliberately ignoring this simple truth, because they would rather annihilate every last tree, bird, and salmon in the greater Puget Sound than go one minute without their precious automobile.

We don’t need to compromise with killers. We need to stand up and say “we have had enough.” Tear down the Viaduct and replace it with parks. Rip out I-5 and plant a tree. Sink the 520 bridge, return the lake to nature.

Only by returning to our roots can we let the tree of life return once again to Seattle. We cannot tolerate environmental massacre in the name of convenience. Seattle needs to ban cars as soon as possible, if we want to have a future at all.

Trust Me on this One: Dolphins are Stupid

A Greeting Card for Every Anti-Social Situation

The superb level of detail and craftsmanship in the statue titled “Late for the Interurban” mystified residents, accustomed to crude concrete depictions found in such local treasures as the Fremont Troll and “Waiting for the Interurban.”

The deserving nature of the local heroes now enshrined in bronze also served to upset and bewilder the locals. Home to a contentious statue of communist leader Vladimir Lenin, Fremont has long maintained a sense of community pride in its ability to embrace art that would ordinarily cause any self-respecting American throw up a little in their mouth.

Thanksgiving just happened again and no doubt there are several Puget Soundians out there that have moved to the “winter” belt already.

Well fear not dear readers, for with the help of the ever-vigilant Naked Loon, you will not remain out of shape forever. As your host for this series, I intend to do everything in my power to ensure that we will all live a long, full life without ever having to hear the phrase “whale man” ever again. 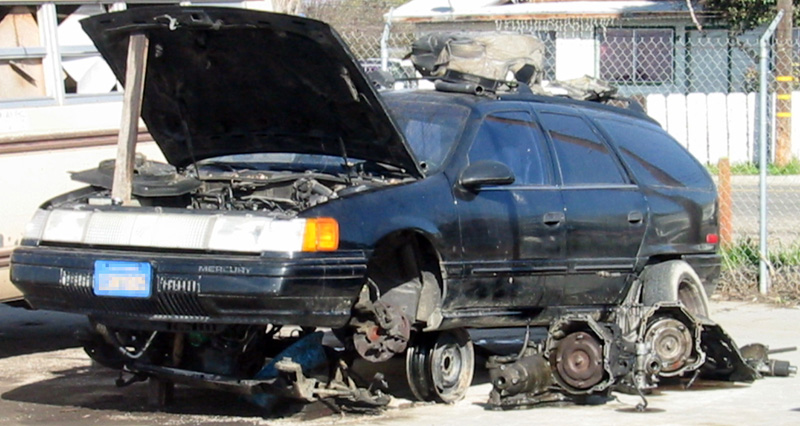 Meteorologists at the University of Washington issued a warning to Pacific Northwest residents Wednesday for an extreme weather system this winter.

“We have recently weathered both El Niño and her little sister La Niña,” said UW meteorologist Stan Cooper. But the danger looming on the horizon is far worse. “Citizens should prepare for the worst this winter as Basura Blanca, El Niño’s drunken neighbor, hits the Northwest in full force.”