With a sweeping new bill signed into law by Christine Gregoire on Tuesday, Washington State’s government has officially declared war on children’s toys.

House Bill 2647 uses the guise of implementing the world’s strictest toy safety standards to execute what will effectively become a statewide ban on fun.

“Kids these days have way, way too much fun,” said Representative Mary Lou Dickerson, one of the bill’s sponsors. “We must put a stop to the out-of-control enjoyment of today’s babies, toddlers, children, and youth,” she explained, “what better way to do that than under the pretext of safety?”

The bill states in part that “no retailer may knowingly sell or offer for sale in this state a children’s product containing” followed by a bunch of boring technical junk about lead, cadmium, and phthalates—wait, phthalates? Is that even a word?

Toy makers such as Hasbro and Mattel have stated that due to the prohibitive costs of testing toys to such a strict standard, most of their products will simply not be sold in Washington State once this law goes into effect. “Good. That is precisely what we were aiming for,” said Dickerson. “I hope that down the road we can change that from ‘most products’ to ‘all products.'”

The legislation takes effect on July 1 2009, which gives local retail stores just over a year to determine new uses for their soon-to-be defunct toy sections. “Our preliminary plan is to use the space to expand our selection of weapons and extreme sporting goods,” said Target spokesperson Reba Hathaway.

Local retailers that deal exclusively in toys will have to be more creative in order to remain in business. Iconic Seattle institution Archie McPhee has announced that they will either be going out of business or simply re-labeling their merchandise as “grown-up novelty items” rather than “toys.” The latter plan may be difficult to pull off, given their diverse inventory of such popular children’s playthings as green bottles, amber bottles, large muffin fans, Obsessive Compulsive action figures (with sanitary, hypoallergenic moist towelette), Horrified B-Movie Victims, and bacon wallets.

Reaction to the bill among the state’s children was generally not positive. “I like him toy,” said Bobby Jackson, 3. “Why are they going to take away my toys,” wondered Rachel Stevens, 8, before bursting into tears. “No take toy,” exclaimed Matthew Kemper, 5, as he kicked the interviewer in the shin.

Local parents were largely supportive of the new law. “I definitely don’t like the thought of my kids playing with dangerous chemicals, don’t get me wrong,” said Sarah Jackson, “but the best part about this is that with no more toys on the shelves, I stand to save a ton of money.” “Besides,” she added, “all little Bobby ever does is sit around staring at the TV anyway.”

“I’m really proud of what we have been able to achieve with this bill,” said Dickerson. “We face a lot of basically impossible challenges in the legislature, like fighting global warming and balancing the budget, so it’s nice to head home with this win against childhood merriment—I mean unsafe toys.” 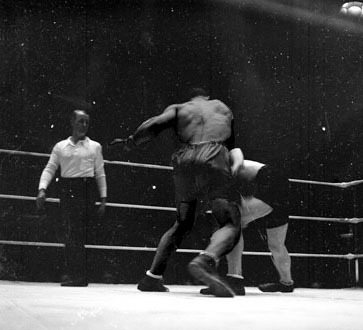 As construction crews began gutting the Denny’s building in Kenmore this week to prepare for a massive remodel of the 31-year-old structure, thousands of passing motorists and local residents remained completely oblivious to the project.

Located on a busy stretch of Bothell Way (Hwy 522) through Kenmore, the forgettable building was the subject of a widespread lack of interest in June after its sexier, more popular cousin in Ballard was demolished.

A committee made up of city, state and county officials commissioned to study solutions to the Alaska Way Viaduct announced their latest findings today. The committee released a statement indicating that they have finally determined a definitive solution to the problem of the crumbling Viaduct. That solution, according to the committee, is to form more committees.

“I’m a little embarrassed it took us this long to see the obvious answer that was staring us in the face this whole time,” said Seattle Mayor Greg Nickels.

The report from the committee laid out an extensive plan to solve the Viaduct issue by convening a series of seventy-three separate committees over the next twenty years.

One week after the iconic Ballard Denny’s building was unceremoniously smashed to bits, the 31-year-old Denny’s restaurant building in Kenmore continues to remain standing, a blatant mockery of all that is good and wholesome.

Since the closure of Denny’s in May of 2006, the nondescript building has been sitting gutted and empty without so much as a peep from local neighbors…