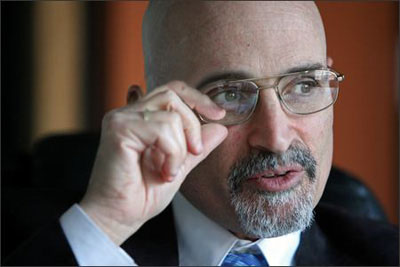 With the attention-span-challenged nation focused on a high-profile presidential campaign in which November’s winner is anyone’s guess, it’s easy to overlook the greater Seattle area’s boring, one-sided local electoral contests.

In an enlightened, superior progressive region such as the Puget Sound, candidates running under the pollution-loving, war-mongering, Bible-thumping Republican banner rarely have much success in fooling the public into voting for them. In fact, no Republican presidential candidate since Ronald Reagan has managed to win even one Puget Sound county.

The electoral picture is even more amusingly hopeless for some local Republicans, such as Steve Beren, running for Congress in Washington’s 7th Congressional District against Jim McDermott. Having held the office for nearly twenty years, McDermott has never received less than 72% of the vote. (In related news, a recent UW study showed that 28% of Seattle residents suffer from some form of dementia.)

Beren received just 15% of the vote in his 2006 contest against McDermott, but even though he could barely even get half the crazies to vote for him, he doesn’t let that dampen his imbecilic enthusiasm for this year’s rematch. “Sure, I realize I have no chance,” said Beren, as he maniacally stared down our interviewer, “but so what. Am I right?”

All around the Puget Sound, literally dozens of Republicans have filed to run for local and national positions that they have absolutely no hope of winning. Though their motivations are diverse, they share one common trait: a willingness to waste untold amounts of time and money in their pursuit to inflict backward, regressive, malevolent Republican ideals on our perfect progressive utopia.

Washington State Republican Party chairman Luke Esser is glad to see so much irrational enthusiasm for achieving the impossible in his party. “We always like to see our candidates exhibit such fervor for the unattainable,” he said. “The Republican Party has never let the impossibility of a task prevent us from chasing after it blindly.”

Esser explained that encouraging Puget Sound Republicans to make a pointless run for local offices is merely a continuation of his party’s proud history of pursuing the impossible with no regard for logic. Other examples he gave included allegedly attempting to achieve the goal of fiscal conservatism while continuing to spend billions on an endless war and also “that whole Contract with America thing.”

“I really don’t understand why nobody will vote for me,” said Beren. “What’s not to like about my big-business-loving, middle-class-repressing, baby seal-clubbing platform?”

Paul Allen Announces “Because I Can” Streetcar Line

When the stock market fell thirty percent, it was rough, but I knew I could handle it since I’m young and have my whole life ahead of me. When Washington Mutual went under and had its bones picked clean by a hoity toity New York bank, I knew I would miss their low fees and laid-back attitude, but life goes on.

But when I learned last week that Mother’s Cookies has gone under, that’s when I knew that the economic meltdown had gone too far.

Is it just me, or is it boring in here? I mean, ever since Election Day, life has been so… bland.

It’s almost like nobody even cares anymore about how evil the Republicans are. Where are the heated discussions about all the freedoms the Republicans have stolen from us? Where are the echo chambers where I can meet with other self-righteous liberal zealots to sing the unbridled praises of Obama?

As flood waters began to recede Thursday on the Snoqualmie and Tolt rivers in east King County, baffled scientists are attempting to understand the strange unpredictable phenomenon that caused hundreds of thousands of dollars in damage to area residents.

Dozens of homes, businesses, and roads were flooded this week in what scientists describe as “a bizarre and incredibly unlikely combination of events.”