On the eve of the big election day, political enthusiasts throughout the Seattle area are hunkering down to prepare for the inevitably nasty post-election fallout.

The 2008 presidential election, like the six or seven elections preceding it, is quite possibly the most important election in most voters’ lifetimes. With heightened emotions and a simmering rage boiling just beneath the surface on both sides of the nation’s political scene, statisticians put the possibility of post-electoral violence at 95%, regardless of the election’s outcome.

“An Obama landslide will indeed be deliciously satisfying for all those folks that have been trying to move on for the past eight years, but we should realize who it is such a blowout will be humiliating,” said UW political scientist Dr. Hubert J. Humphermaier. “These are people that own more guns than books—do we really want to piss them off like this?”

On the other hand, should McCain somehow pull off an historic upset tomorrow, experts predict a 100% certainty that diehard Democrats will get in touch with their violent sides, as well.

“It’s a lose-lose situation,” said Dr. Humphermaier. “The safest bet is to place your vote as early as possible, then retreat to the safety of your election shelter for the remainder of the year.”

As if the presidential election weren’t stressful enough, Washington’s gubernatorial contest provides even more degrees of rage for local voters.

“The other day I told my coworker I was voting for Rossi, and he slapped me right in the face,” said Seattle resident Shawna Barr. “He said that if Rossi wins, he’ll burn my house down. I honestly couldn’t tell if he was joking or serious. Just in case, I think I’ll set a pack of rabid pit bulls free in my yard tomorrow.”

In order to control the impending electoral crisis, President Bush is expected to declare preemptive martial law Tuesday morning, deploying as many as three hundred thousand troops to liberate the voting public. Citizens are encouraged to stay indoors and avoid making any sudden movements that may infuriate their oppositely-aligned neighbors.

Tips for a Fun and Death-Free Independence Day Weekend

Hot on the heels of a wildly popular advertising campaign featuring Bill Gates and Jerry Seinfeld, as well as the overall unprecedented success of their Vista operating system, Microsoft rocked the Northwest Friday with their latest unexpected bombshell:

Effective September 22nd, Sierra Mist will be available in all break rooms.

In an unanticipated turn of events this week, the entire city of Tashkent, Uzbekistan rose up with one voice and vehemently renounced their sister city status with Seattle.

The upheaval came as all of Tashkent was watching a recent speech by Seattle Mayor Greg Nickels. Details are sketchy, but it seems that Nickels’ comments on his proposed green-building program just happen to sound exactly like the most insulting curse in the Uzbek language. 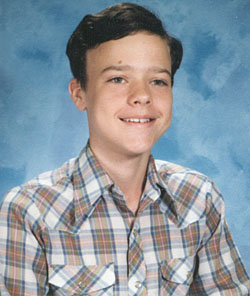