Today’s meeting resulted in a set of plans updated for the new threats of the modern era. The updated plan focuses on: 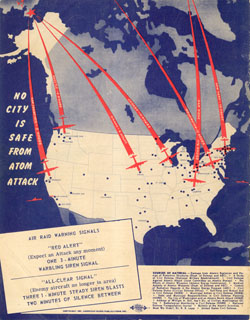 Courtesy TimAndJeni.com↑ click to enlarge ↑It is true now more than ever that NO CITY IS SAFE FROM ATTACK

Other changes to the civil defense materials include updates to lists of subversive organizations and replacing detailed explanations of death by atom bomb with comprehensive descriptions of death by chemical or biological attack.

“We’re pretty proud of what we were able to produce on such a short notice,” said Mayor Nickels, who explained that updated civil defense pamphlets and books will be available to Seattle residents as early as next week.

Little did the Mayor or city council know, the long-overdue update was just the opportunity that local communist groups were waiting for.

Representatives for long-dormant subversive organizations such as the Seattle Labor School and the Washington Commonwealth Federation were thrilled with the news, and announced plans to revive their communist plots immediately.

“It has finally been long enough since the red-scares of the 50’s that I think we can openly pursue our anti-American agenda without fear of retribution,” said Fyodor Daschbach, a metal worker at Boeing that publishes an underground communist blog in his spare time. His father John Daschbach was a filthy communist teacher at the Seattle Labor School in the 1950s.

“People are so focused on terrorism right now that they won’t see the Communist revolution coming until it is too late,” added John Jones, a senior officer with the Washington Commonwealth Federation.

City officials dismissed any possible threat from communist groups as laughable. “In practice, Seattle is essentially communist already,” said Nickels, “so what could they possibly be fighting for?”

On the web: Read the entire 1951 Seattle Civil Defense Manual

Increasingly inexpensive and popular radio-controlled “atomic” clocks allow us to complete our meaningless daily tasks with a satisfying sense of precision, but according to a Bellevue research lab, they are also secretly broadcasting the inane details of our lives to unknown locations.

According to the researchers, the average Puget Sound household has 4.7 of the spy clocks scattered throughout their home. The secret spy cameras cleverly hidden in the clocks give a front row seat to one or more shadowy organizations every time you dance by in your underwear.

How To: Avoid Layoff-pocalypse Victimization

With something like eleven out of every ten companies in the Seattle area laying people off these days, it’s probably about time for those of you who still have a job to plan your layoff apocalypse survival strategy.

Intrepid Naked Loon staff members have endured a grueling schedule packed full of interviews with firing managers, library visits to scour the internets, and hour after hour crunching HR statistics—all to help you keep your job. Aren’t we great.

After having houses languish unsold on the market for over a year, the marketer of Grove Cypress, a 15-home development in south Snohomish County, has discovered the key to finding buyers for the remaining $500,000 houses: street balloons. 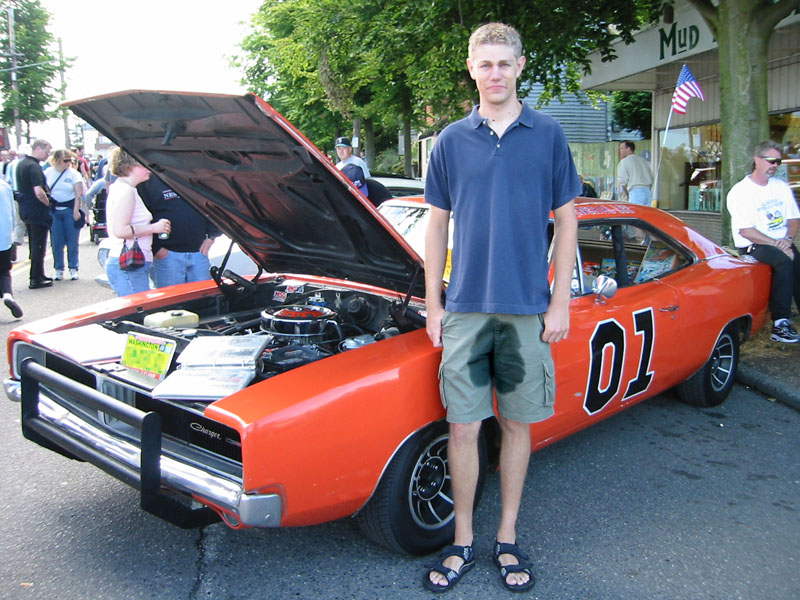 When murder for hire companies fell out of favor in the late 1980s due to a series of legal challenges and negative media attention, then-student James Rodney—now the CEO of PEE—was taking notes.

Emboldened by the swift passage of his $700 billion Emergency Economic Stabilization Act, Treasury Secretary Henry Paulson went before Congress on Monday to introduce a series of sweeping new bills that, when passed, will effectively declare Paulson to be the ultimate ruler of the universe for all time.

“I didn’t really think I could do it,” said Paulson, referring to the rapid passage of the $700 billion Wall Street bailout…